Carol Gluck and History-Writing after the Shipwreck

Carol Gluck and History-Writing "after the Shipwreck"
Charles Keenan | April 7, 2015

In her CCHS talk today, Carol Gluck (the George Sansom Professor of History at Columbia University) described the shared traits of “national” histories, regardless of their country of origin. Professor Gluck listed eight aspects common to all modern history-writing, tracing the changes that have occurred in the writing of history over the twentieth century before remarking on where we stand today.

Gluck’s first shared aspect regarded chronology. In her view, most history-writing moved through four distinct stages: the late nineteenth century, when histories were driven by the importance of the nation-state; the interwar period, in which history was seen as a force for social change; the postwar period, whose histories she described as having a “focus on the future,” in which historians did not reject the category of modernity, but redefined it; and finally history “in the ‘post’ age,” after the 1970s, in which histories are “after” or “post” many traditional analytical categories. In this ultimate phase, Gluck suggested, historians have sought to rethink linear chronologies and the idea of modernity itself.

The second of Gluck’s categories was what she termed “problematics”: why write history at all? Gluck referred to the ideas of “problem history” in France and “problem consciousness” in Japan, noting the increased self-awareness of historians during the twentieth century of the position from which they write. This led to her third category, the sociologies and ethnographies of historians themselves, a topic that, as Gluck noted, has received little attention. In her words, we should be asking: “How is the historical profession produced and reproduced from generation to generation?” For Gluck, this is not the same as historiography. Rather, it involves questions of the social background of historians, the place of historians in the public sphere, and the relationship of historians to history education, among others. 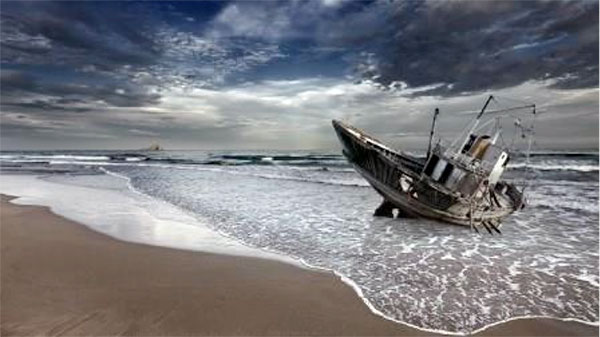 Much more popular in discussions among historians are questions of methodology. This was Gluck’s fourth category, and she noted how the past “became more elusive” to historians during the twentieth century. For most historians, the past become “ontologically unreliable” over the course of the century, which forced historians to turn their attention to clues, traces, and silences more than concrete facts, and to alter their relationship with different types of evidence. As Gluck remarked, documents became “texts” that could not be read in a straightforward manner, and archives themselves became problematic. At the same time, these changes led to the collapse of many different theories, frameworks, and models that had anchored historical research for decades, and historians, for their part, rejected determinism in favor of contingency, and turned their attention away from institutions and towards practice.

Gluck’s next three categories referred to the form and content of different histories: its poetics, narrative, and degrees of comparison. Regarding history’s poetics, Gluck underlined historians’ increased sensitivity to their own role in writing history, calling particular attention to problems with the “omniscient narrator” so common to older histories. In its place, she noted scholars’ awareness of the form and genres in which they work, and she pointed to several “exercises in reflexivity” undertaken by historians writing at the close of the twentieth century. Gluck also remarked that the content of these histories still focus on questions of “development” – that is, how modernity came to be, and how it ought to be. Similar to her earlier work (including her 2011 essay “The End of Elsewhere” in The American Historical Review), Professor Gluck argued that many attempts to criticize the category of “modernity” simply cannot get around the idea. According to Gluck, recent attention about the “anthropocene” is typical of this phenomenon, since that word is another way of referring to what others might call modernity. Nevertheless, she described several new ways that historians have played with history-writing in recent decades, including shifting the sites of history – moving beyond the nation-state and increasing their sensitivity to “place” in general – and the times of history, refusing to see time as continuous or linear. Historians’ recent efforts to embrace comparative histories is also a new trend, and Gluck asserted that because modernity is no longer an exclusively Western phenomenon, the global “modernity in common” has generated new avenues for historians to think about history. In her final aspect of history-writing – history and memory – Gluck moved beyond the histories themselves and considered the role of historians in public, including, for example, historians testifying in courtrooms. This has also spurred new kinds of histories, she argued, since it has led historians to reconsider their own role in society and to think about history in new ways.

Having outlined the changes that affected historians in the twentieth century, Professor Gluck concluded by considering the state of history-writing since the 1990s, or what she called “the present and the future of the past.” Without any single, dominant paradigm directing historical research, Gluck characterized the field as wide open to new approaches and lines of inquiry. Referring to a quote from Fernand Braudel, Gluck described this current period in history-writing as the moment “after the shipwreck.” This methodological freedom allows historians to ask big questions, to reconsider the category of “modernity,” and to generate new theories. Historians can also ask about the future, she said, and not limit themselves to the past and present. In sum, Professor Gluck offered a compelling analysis of the history of history-writing, and an optimistic view of its future. The “shipwreck” is a great opportunity for new kinds of history, she affirmed, and one that needs to be embraced today.