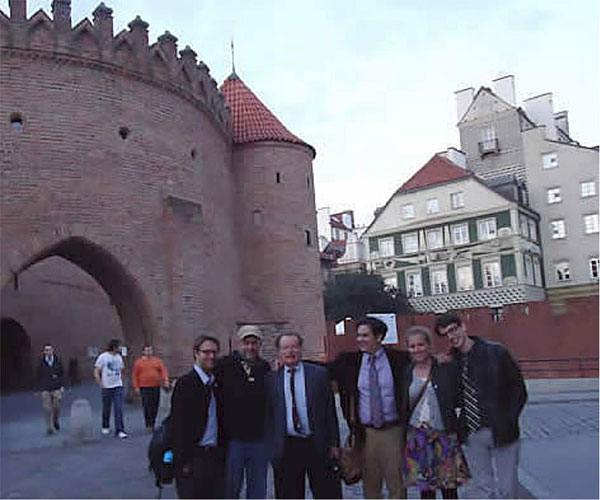 In 2014 the Center started a new international initiative--an exchange program in partnership with the Institute of Historical Research in London (IHR) for graduate students in their second year and beyond.

A group of 7 NU graduate students spent Spring Break (March 23-30) in London at the IHR, participating in a graduate student conference (with US students as commentators) as well as exploring London's abundant archival and library resources.  The British-based students visited for a week in May, attending lectures and seminars with their US hosts and participating in CCHS's Spring graduate conference on "Reputations in History."

Dean of Libraries Sarah Pritchard, Center Assistant Director Elzbieta Foeller-Pituch and Librarian Harriet Lightman show off the 7 volumes (2008-2013) of the proceedings of the Institute of Interdisciplinary Studies (IBI) at the University of Warsaw, a gift to the University Library from the Faculty of "Artes Liberales," our host for the joint 2014 international doctoral workshop on "Borderlands" in Warsaw.